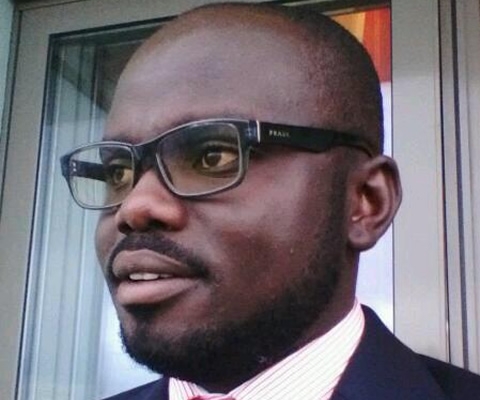 Radio personality Abeiku Santana, has expressed shock at the death of Fennec Okyere, who was the manager of controversial hiplife artiste, Kwaw Kese.

Fennec Okyere was shot dead by some unknown assailant(s) Thursday morning at his Manet Gardens residence on the Spintex Road, Accra.

Abeiku Santana who has had several business dealings with Fennec Okyere, told the Super Morning Show on Joy FM Thursday, it was rather unfortunate to be talking about Fennec on such “a bad day”.

According to him, the artiste manager was “more than a brother. I have known him for over 14 years.”

The radio personality said he does not “know about any threat on [Fennec’s] life.”

He narrated that about three weeks ago, “there was an attack on his house which he confirmed to me that he was away in Sudan and robbers [invaded his house]. They took away his pump action gun, his television and some personal stuffs.”

Abeiku said the killers entered the house through the back wall during a blackout around 11:00PM, “so they cut the razor wire (the security wire on the wall) and made their way into the house.”

He recounted that the assailants ransacked Fennec’s house breaking into two separate rooms before finally finding him in a third room where he was apparently sleeping.

“You can see some struggle. They dragged him, he was naked” and was lying face down in a pool of blood when a team of friends entered the house, Abeiku added.

Musician A-Plus, known in real life as Kwame Asare Obeng, who was also at Fennec’s house told Myjoyonline.com that his death is a big blow.

“It’s a big blow. He is so creative and he cares about the unity and well being of musicians. Even though he was not a musician, he was a member of MUSIGA. He [always] wanted to know more about the day to day activities of MUSIGA and [made] sure that the [union] put in place measures that will benefit the industry,” A-Plus said.

The deceased’s wife, who gave birth only recently, is currently living with her parents.

Some personnel from the Police Service were at the late manager’s residence to collect samples and evidence for their investigations.

The body of the late manager has been deposited at the Korle-bu Teaching Hospital morgue.

'Mean Girls' characters: Where are they now?

IS IT NECESSARY? Kumawood Actors To Petition Parliament Over Film Village

FORGET MATURITY! Sarkodie Is A Hypocrite; Reason I Didn’t Retweet His Message