The days of Record Label dominance is rearing its head once again when the likes of highlife singer, Kumi Guitar and dancehall artist, Shegah, were signed to lucrative deals respectively.

Kumi got signed to what some call – a ‘mouth-watering’ deal with the label, Zylofon Media, where he is said to have been given a Hyundai Sonata 2016 model, a signing-on fee of $100,000 and a 3/4 bedroom house. Good stuff, but guess what; the artist signed the deal for five (5) years.

Shegah, on the other hand, is also reported to have signed a million dollar deal with the label, Magic Records and was also given a 3-bedroom house as part of her signing-on package.

According to reports, she also signed a 2-3 year deal to be under the label.

It is interesting to note that, while some artists are striving to leave the labels and go independent, others are also finding solace in the record labels.

By appending their signatures to such deals, Kumi and Shegah may have finally attained that artistic and financial liberation they have craved for such a long time, OR, they just might have signed their careers away.

A deal with the Angel?

The music industry has become a very tough area, where production, marketing and distribution of music do not come cheap.  Artists are floundering to get their music heard and for their brands to attain the necessary recognition and relevance. 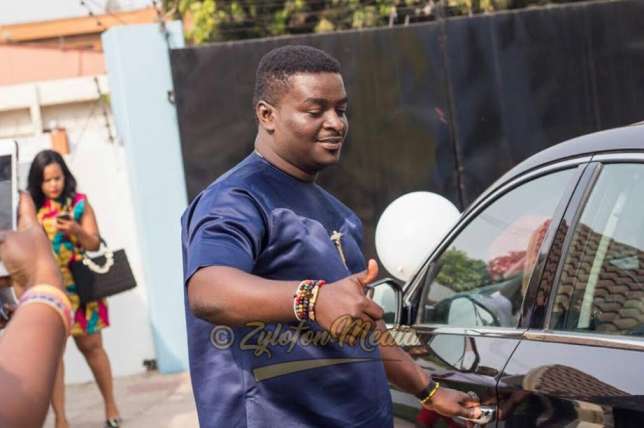 Kumi Guitar is surely talented but he has struggled to realize his full potential. Even with what was supposed to be a breakthrough hit, ‘Break Into 2’ – he still lurked in the industry as a C-list artist, with no recognition and no financial leverage.

He was a cabbie before his song garnered rotation on mainstream media and after the success of the song, he was still a cabbie and his follow-up tracks could not catapult him to the much desired nationwide recognition and financial freedom.

Here comes a deal that grants him a good car, a house and some very good money that is sure to take him out of his misery as a struggling artist. All he has to do now is record and let his record label to the rest.

Zylofon Media, surely, should be an angel sent from heaven for Kumi Guitar.

The same can be said for female dancehall artist, Shegah, who after a brief success with girl group, Triple M, has endured all the challenges in the industry and still found it extremely torrid to breakthrough as a solo artist.

With a million dollar deal that includes a new home and other impressive packages, Shegah now has everything she never got for the past decade of being one of the pioneers of Ghanaian dancehall.

Magic Records, surely, should be an angel for the artist.

A deal with the devil?

Music business has always been a serious business and any investor who puts his/her resources into such a venture works at getting them back and making profit too.

Record labels are not charity organizations that give out free cars, free houses and definitely do not dole out free cash. Even the IMF has conditions to giving out cash to struggling countries.

According to wikepedia, a record label or record company is a brand or trademark associated with the marketing of music recordings and music videos. Often, a record label is also a publishing company that manages such brands and trademarks, coordinates the production, manufacture, distribution, marketing, promotion, and enforcement of copyright for sound recordings and music videos; conducts talent scouting and development of new artists (“artists and repertoire” or “A&R“); and maintains contracts with recording artists and their managers.

Record companies commonly pay advances to enable artists to concentrate on writing, rehearsing, recording and performing music. Advances are recoupable against future royalties from sales and streaming, but are not recouped if revenues fail to reach a certain level. The record label is therefore bearing the risk of the investment in a highly competitive marketplace.

This is where it gets tricky for Kumi Guitar and Shegah.

The unlimited control the label wields can be extremely frustrating for the artists, to the extent that, many artists are unable to bear it. Their frustration sometimes leads them to openly chastise the label and their works get grounded, bringing their career to a stand-still.

Indeed, some music connoisseurs and artists have stated that artists are slaves to these labels. So, in essence, Kumi is going to be a slave to Zylofon Media for 5 years while Shegah has to grind for the label for 3 or so years.

Another dicey situation for Kumi and Shegah is the copyright to their songs.

Labels typically own the copyright in the records their artists make, and also the master copies of those records. An exception is when a label makes a distribution deal with an artist; in this case, the artist, their manager, or another party may own the copyright (and masters), while the record is licensed exclusively to the label for a set period of time.

In Ghana, artists are making their biggest revenue from shows but with the deals signed by these artists, they may not get all the monies to be attained from shows because the Labels will pluck the biggest percentage. Why not? They are the ones investing in the production, marketing and promotion of the songs and branding of the artists.

It is crucial to ensure that the two artists had an unbridled understanding of the contracts they inked.

Whatever is it, it is the wish of music-loving Ghanaians that Kumi and Shegah got some legal counsel before signing their respective contracts and they have very competent management teams to see to them through the agreements, with less or no related issues.

The industry benefits with the sustenance and progression of labels and thrives better with good artists-label relationships.

Congratulations to Kumi Guitar and Shegah; they should start unleashing the good tunes and the labels do the rest!

NO RADIO,NO PROBLEM! Blakk Rasta Is Ballin’ in USA with lectures, shows, album launch & he is targeting the Grammy too.

Ghanaian Comedians Should Not Depend On Charterhouse

FILM VILLAGE SAGA: Much Ado About Nothing

Response To Story On Prez. Akufo-Addo’s Daughter! The Ministry of Tourism, Arts & Culture Is A BIG JOKE!

WIFE OF A CELEB! Tips For Stonebwoy’s Wife

YES, YOU! You Lack Interviewing Skills, Step Up!