Elorm Adabla with the rap moniker E.L., won the topmost prize at the 2016 Vodafone Ghana Music Awards (VGMA), ‘Artist of the Year’, a win that was heralded with some murmurs as some music followers and music critics puffed at the decision by the VGMA Board, Academy and General Public.

In the history of the awards, no artist has been able to annex the ‘Artist of the Year’ back-to-back; a quagmire E.L would hope to alter early next year, when the 17th edition of the Awards comes up.

The lame assertion that reigning ‘Artist of the Year’ winners have floundered with their careers after winning the top honour clearly makes no sense to E.L. – who has remained extremely active this year, more than the year he won the top prize- arguably. 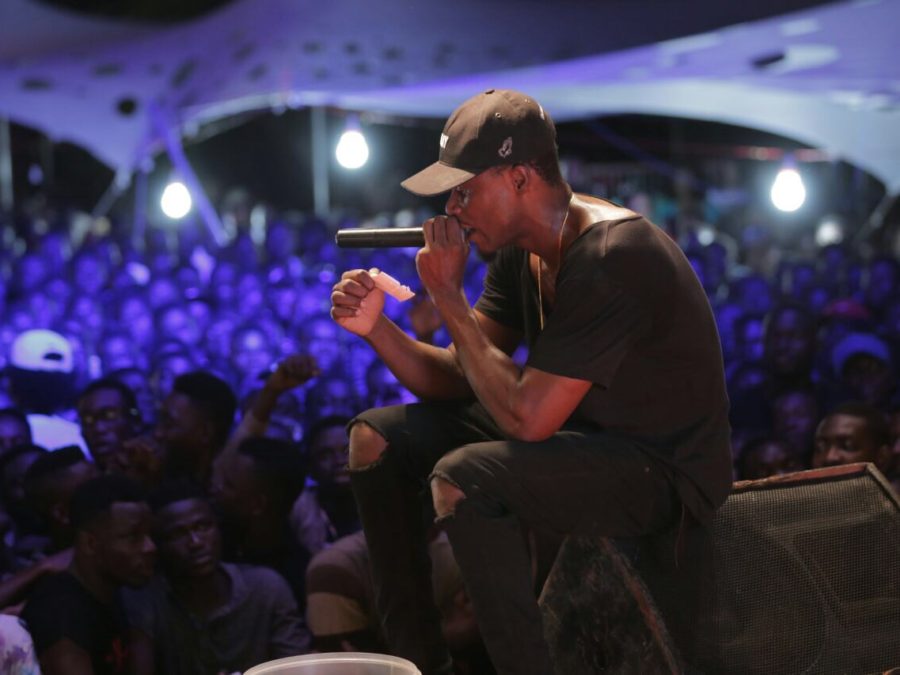 E.L.’s vibrancy in the period after winning the award can only be matched by Ofori Amponsah, who won the topmost prize (then ‘Song of the Year’) award in 2005 with Otoolege’ and almost repeated the feat with ‘Emmanuella’ album in 2006 – if not for the extraordinary output by King Ayisoba, who won the ultimate prize with ‘I want to see my father.’

The ‘Kaa Bu Ame’ rapper has been very active in 2016, especially after he became the 7th rapper to win the top honours at the Vodafone Ghana Music Awards.

He released his 3rd studio album, ‘Bar 3’ this year, an album that spurned several hit songs, which were accompanied with quality music videos.

In March, he released the visuals to the song, ‘Kwame Nkrumah’ which featured Obrafour. He followed it up with the video for the hit song, ‘Kaa Bu Ame’ which was released in June.

The supposed ‘diss’ song, ‘Love God’ was released in July, followed by the Edem and Cabum –assisted joint, ‘Portey Dey Be’ in August.

Unrelenting, E.L dropped the ASAP Mob- inspired ‘Lalafalama’ in September, as well as the video for the eclectic single, ‘Fefeefe’ in October.

Any potential ‘Artist of the year’ must be active in terms of stage performances and indeed, E.L has been busy on various platforms including ‘Ghana Meets Naija’, DKB’s Point of View’, ‘Miss Malaika’ and a plethora of other shows.

He is expected to host his self-titled concert, the annual hip hop-themed concert, ‘Bar 3’ on December 23.

Surely, the BBnZ Live recording artist will contend with other good artists who have equally had an eventful year thus far. Here they are;

Kidney Disease: The ‘Celebrity Killer’ that must be checked!

VERY ALIVE! Ghanaian Movies Not Dead: ‘Azali’ & ‘Burial of Kojo’ On the Move

VGMA: Where Are The Basic Guidelines?