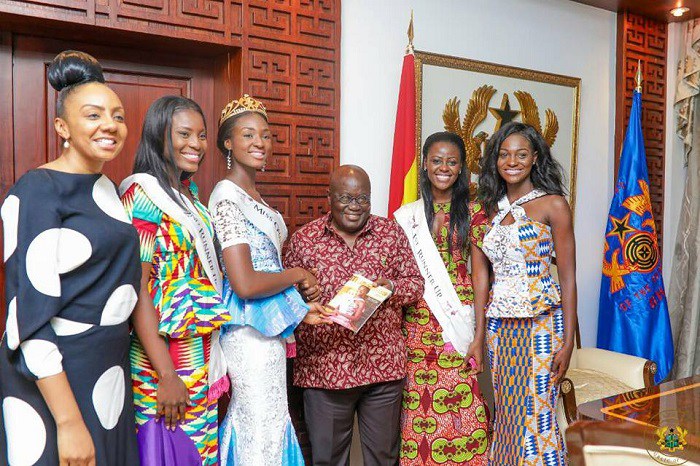 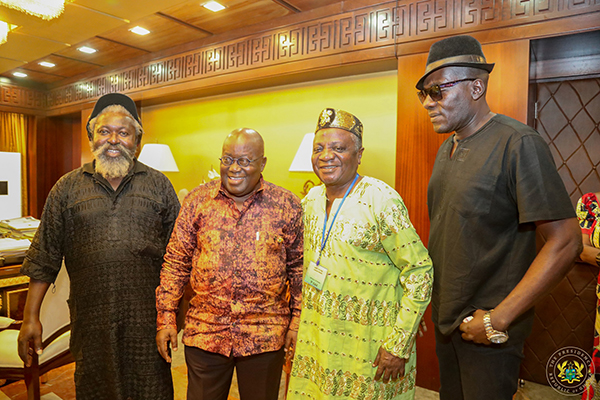 The President of every nation is the most popular figure in the country; well known by all and sundry – and H.E. Nana Akufo Addo is no exception, but, after him comes other personalities who are also popular; Ghanaian celebrities and entertainers.

What is special about celebrities is the kind of power they wield, how impactful, influential and ingenious they are and most importantly, how they help alter communities and societies for the better.

In this regard, it is imperative for any President of a nation to recognize the influence of celebrities and entertainers in the land, and some countries, especially that of US and the UK, pay homage to entertainers.

Anybody who knows Ghana’s President well, would attest to the fact that, he is a lover, a friend and a supporter of the arts and he’s been at it for years.

Grand Gestures by the President

Since assuming office, the President has done quite well trying to touch base with happenings within the entertainment industry and the gesticulations exhibited thus far are notable.

The President opened its doors to the winning Queens of the Miss Ghana pageant, where he paid homage to the organizers while recognizing the efforts of the pageant in empowering and emboldening young ladies. That was the second time the first gentleman of the land hosted the team from Miss Ghana.

Then came the infamous birthday message to one of the most popular musicians in the country, Shatta Wale – a gesture that ‘broke the internet’. The frenzy that accompanied the nod was enormous, quite unprecedented for any sitting President in Ghana to openly send well wishes to any entertainer on social media, and the pidgin used in sending the message generated some intense banter on various platforms.

Regardless of how the President delivered the message, the most important thing is the fact that, the President recognized Shatta Wale, one of the biggest Ghanaian entertainers – and that depicts reverence to the arts and the personality. 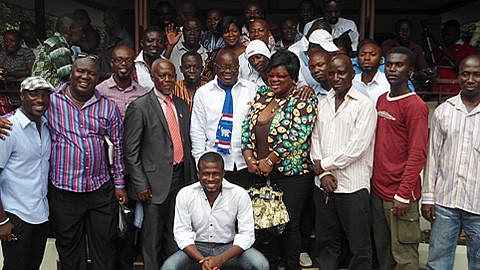 The President also took time off his obviously tight schedule to attend the burial service of the highlife legend, Paapa Yankson – cladding the funeral service with such prominence and aplomb.

Just like he did when in opposition, the President has also opened his doors to various bodies within the creative sector such as The Musicians Union Of Ghana (MUSIGA) and others.

The Presidency Must Be Accessible

Following the unusual twitter message to Shatta Wale, critics frowned on the idea of the President paying tribute to an entertainer and the mode with which it was done. Some called it nonsensical and others branded it a joke.

The fact is, the President is the President for all; he is not only President for the high and mighty. He is a father to all, and any expression of goodwill to any citizen regardless of status, class, religion, sect or sex – should be welcomed. 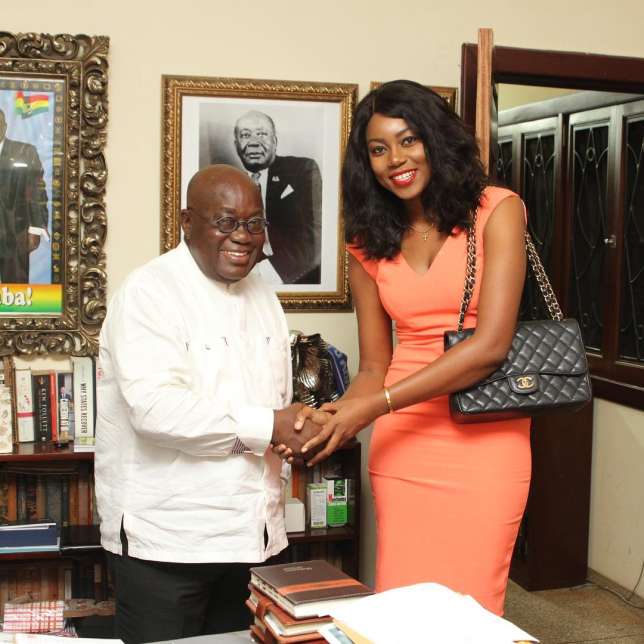 Aside Dr. Kwame Nkrumah, no President across the world gave such room, credence and recognition to the arts and its major players – arguably. The other President to have opened his doors to all, especially entertainers while in Office is, Barack Obama.

Like Nkrumah, Obama gave audience to everybody in the arts in the White House – from Oprah to the Carters (Jay-Z and Beyoncé) to Kendrick Lamar to Octavia Spencer.

Also, he never shied away from sending shout outs to any personality that made an impact in society, and entertainers were top on that list.

Entertainers have always been part of nation building, contributing to the economic stability of the country and any Head of State who would underestimate the power, influence ad contribution of the arts is not a serious President – and that’s a fact!

The Presidency Must Use Celebrities Effectively

Presidents are the busiest personalities across the world, burdened with all the troubles of their respective countries and because of the workload; Ministers and other officers are there to help in the execution of tasks.

Entertainers and celebrities have a lot going for them – clout, influence and following and you’d be a chump not to respect and recognize such force.

Information technology and social media has become the new media, breaking frontiers and altering trends and the key persons in control of that space are the celebrities.

Policies by government are meant for the citizenry and the way to get it to them is via effective communication and which better persons to help carry that information than celebrities.

During his tenure, Barack Obama capitalized on the power of celebrity and social media and utilized them in propagating most of his policies that had direct effect on the populace.

In his passing of the policy on gun control, Obama relied heavily on celebrities to share the message by tweeting and posting the message on their respective social media platforms. He also empowered them to project such the policy in schools, community get-togethers and various seminars organized by these celebrities.

He also counted on some celebrities to help spread the good news about the ‘ObamaCare’ plus other policies on education and many others.

That is a President who recognizes how to get celebrities closer to the Presidency and how to use them effectively in pushing policies and agenda and altering lives for the better.

The results of the Presidency-Celebrity partnership are telling and serve as a blueprint for all Presidents across the world.

Beyond the Visits and Endorsements

Sending birthday messages in pidgin, gracing funerals and talking to beauty queens in the Flagstaff House are good but the progress, sustenance and elevation of the arts and stakeholders go beyond smiles, handshakes and tweets.

The arts/entertainment industry in Ghana needs a jolt, where the government would provide an enabling environment for entertainers to achieve their full potential and where stakeholder would get benefits from the sector. 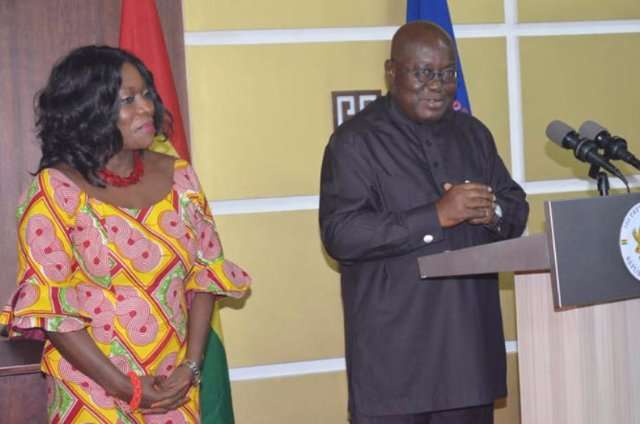 THEY DON'T PAY! Big Artists In Ghana Refuse To Pay For Beats - Ephraim

IT MUST COUNT! Beyond The Celebrity Visits To The Flagstaff House

THE BASHING! Samira Bawumia Visited Cast of Kumkum Bhagya, So What?

STONEBWOY SHOULD WATCH OUT: List of Artists who went ‘down’ after splitting with their producers!

The Curious Tale of Sonnie Badu: The Lion & The Frog