Musicians in Ghana have made it to the music charts over the period – a testament of the growing popularity of their songs and brands, but in the last months, these acts have been making such impressive strides on these charts with some ‘ease’.

The likes of King Promise, Gyakie, Kelyn Boy, Camidoh and most recently, Black Sherif have taken such music charts with such vim.

Last week, in an unprecedented move, 3 Ghanaian songs made it to the first 3 positions on the Apple Music Charts; ‘Kwaku the Traveler’ by Black Sherif, ‘DownFlat’ by Kelyvn Boy and ‘Sugarcane’ by Camidoh. What made the feat very refreshing was the fact, for years, foreign songs have heavily dominated the Apple Music Charts and the likes. 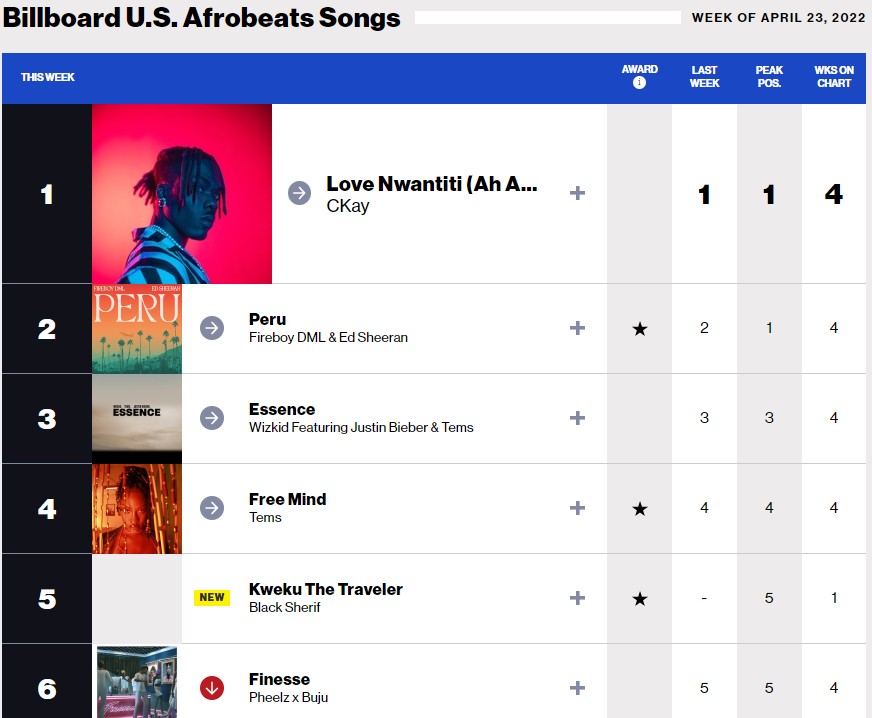 Charts can turn music from an under-the-radar creation into an acclaimed piece of art, thanks to plays on radio airplay stations, social media rankings, digital downloads, streams on music streaming services and more. Music charts tell most people what to listen to, and where the whole music industry is going for the time being.

Charts are forever adapting to the music industry. 30 years ago, for example, audiences had to wait for VH1 to play music videos, or for their local radio station to play songs that they would then buy cassette tapes of to listen on repeat. Popularity nowadays is largely based on streams, YouTube views and even social media influence.

Historically, music charts are lists based on popularity of songs and albums. They are showcased in order to highlight the trends of each era according to the level of consumption. In the modern day world, we are talking about physical sales, digital downloads and radio airplay.

Chart positions are important to an artist because they give a good indication of the reception that their music is getting from the public. If they rank highly in a chart, they will obviously be getting a good reception from the public.

If an artiste releases a track that isn’t well received and doesn’t score a high chart ranking, this will give them an idea of what their audience wants from them and they can then compare it previous releases that may have done well; this will help an artist to release music that people want to hear and pay for in the future.

By narrowing down choice, charts help consumers feel clued-in and powerful, even if their choices are confined by the chart itself. The charts are seen as tastemakers. If something is on a chart, it must be good, even though the mechanisms that get a song on a chart to begin with have nothing to do with quality.

There are many artistes who claim that they do not pay much attention to chart positions; this is a silly move. As a full time music artist, getting high chart positions is your meal ticket; you need to have a prominent presence in the industry in order to make money and chart positions are a clear way of showing just how prominent you are. Getting high rankings is not selling out, it’s being successful.

Once you have become known as an artiste who is capable of consistently achieving high rankings, companies will correlate this with your level of popularity and look at you as a possible marketing tool for their business. This in turn can bring in additional revenue from sponsorship and advertisement deals, but to get the deals you have to be influential.

Whether an artiste buys into chart positions or not, rankings are certainly a direct correlation with the commercial success of their work.

How to get Into the Charts

Having your music enter the charts has been one of the longest standing measures of success for music. Breaking into the charts can expose your music to a wealth of new audiences, as well as get you on the radar in the wider music industry.

Firstly, you need to register. Registering ensures your release will be picked up by the Official Charts Company’s data tracking service. In short, you need to make sure your products have the correct identification codes (catalogue number and barcode for physical releases on CD or vinyl, ISRC for digital tracks, barcode for a digital bundle product (singles & albums) and that these are registered with the correct bodies. 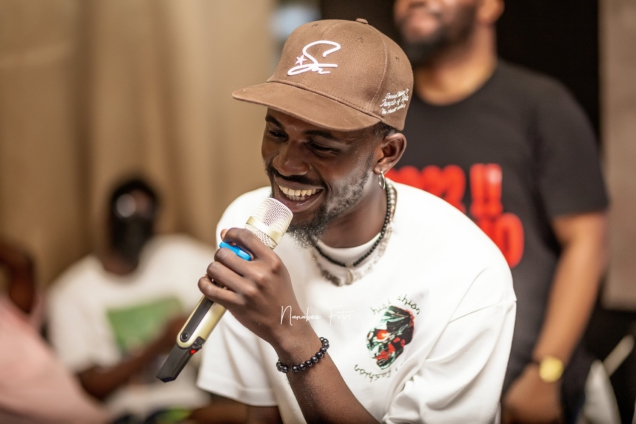 CHEEKY EASE! I May Not Remember Any Work With Yemi Alade – Sarkodie

If You Have Any Advice, Give To Kwabena Kwabena – Ebony’s Manager Fires Frema Ashkar

STOP COMPARING! I’m Am Not Fading Out As A Musician – Bisa Kdei

REALLY? People In The Creative Industry Are Hypocrites – Sam George