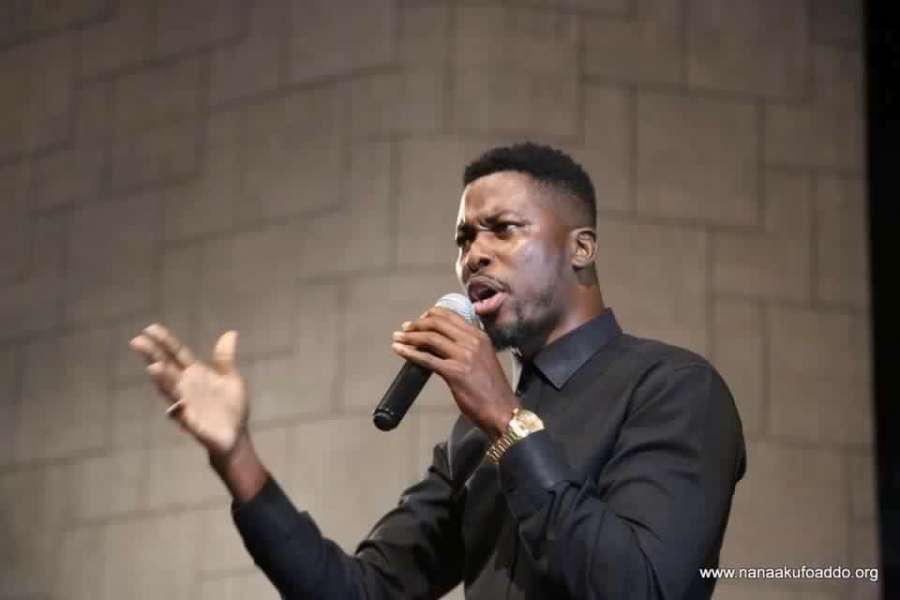 After throwing a challenge to aspiring Deputy Minister of Tourism, Culture & Creative Arts, Kwadwo Antwi to account for money shared to some members of the Arts industry – the artist was present at a meeting to settle the matter in an amicable manner.

The said meeting was attended by Kwadwo Antwi, Socrate Safo, another aspiring Deputy Minister plus Akwasi Agyemang, Mark Okraku Mantey (supporter of Kwadwo), Bob Smith Jnr/Diabolo (supporter of Socrate), Prince Yawson/Waakye and Mr. Frimpong. The meeting was presided over by the Minister-designate for the sector, Madam Catherine Afeku.

At the meeting, it was revealed that, there was no pilfering of money by Kwadwo, although he accepted blame for not declaring to the beneficiaries how much money he got and how much he disbursed.

He also stated that, throughout his professional life, he has not been entangled in any case of financial malfeasance.

Kwadwo Antwi also asserted that, he even had to add his personal money to the amount before sharing, although, he didn’t disclose how much he added.

It all looked good as there were smiles at the meeting, but one cannot tell if they were genuine or fake considering the level of jostling that is characterizing the move to get the Deputy Minister role.

Second marriage on the rocks? Kwabena Kwabena says he won't address it!

BACK TO MORNING GLORY! Sammy Flex Is Back With ‘Showbiz Agenda’ On Zylofon FM. Starts Dec 1.