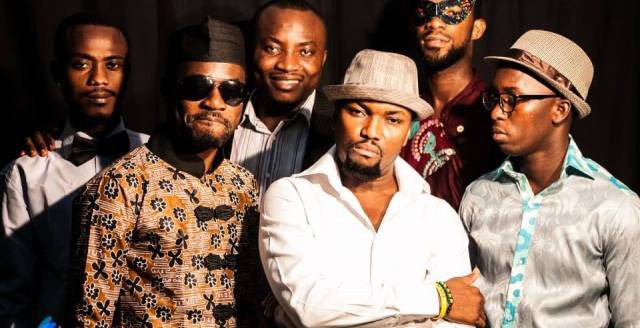 We have such an interesting creative industry in Ghana; while the female actors and female musicians bicker, the guys in the comedy department are also eager to capture some of the headlines and www.entertainmentgh.com will oblige, gladly.

Comedian David Oscar has made a shocking revelation that he conspired with fellow Comedian DKB to make Ghana’s foremost event company, Charterhouse unpopular – as reported on www.peacefmonline.com.

David Oscar dropped this bombshell during an interview on the “Total Showbiz” segment of Okay FM’s “Ekwansodwodwo” drive time program.

David described DKB as a hypocrite because after breaking communication with him for over three years, he (DKB) called him just two weeks ago, that he was doing a documentary on comedy in Ghana and asked him to attack Charterhouse as part of the documentary.

“Are you not the self-imposed king of GH comedy, so why don’t you fight them? You are friends with George Quaye, are you not? Although you and I, we teamed up to create anonymous accounts on tweeter to attack the likes of George Quaye, Nii Ayi Tagoe and others. They see you as a friend, don’t they? I am sure they see you as a friend because you are the good guy and David Oscar is the bad guy. Now you are coming to me to go and attach Charterhouse but I said no! I won’t do that. You are a hypocrite. Why don’t you go and fight them yourself?” David Oscar lamented.

DKB, who was reached on phone on the same program to react to David’s allegations, only said he believes David Oscar is speaking out of bitterness.

David was reacting to a post he made on Facebook, asking the public to ignore comedians who have conferred on themselves kingly and queenly titles seemingly directed at acclaimed King of GH Comedy, DKB.

In the Facebook post he made on Wednesday, 21st February 2018, the ‘Rasta Love’ singer said he is the best thing that ever happened to Ghanaian stand-up comedy.

“Forget your kings, king – kongs, queens and self imposed monarchs. I am the best thing that happened to Ghanaian Stand up Comedy. Let any fellow who “can” claim otherwise, step up for a debate,” he wrote.

Bisa Kdei Appreciates Every Blogger! He Says He Works With Everyone

EXPLOSIVE! Kuami Eugene’s Performance At BF Suma Concert Will Make You A Fan

SCARED TO MARRY? Mzbel Feels Marriage Is Not For Everyone

NO SORRY, NO AWARD! Shatta Wale must apologise publicly – VGMA Board Chairman