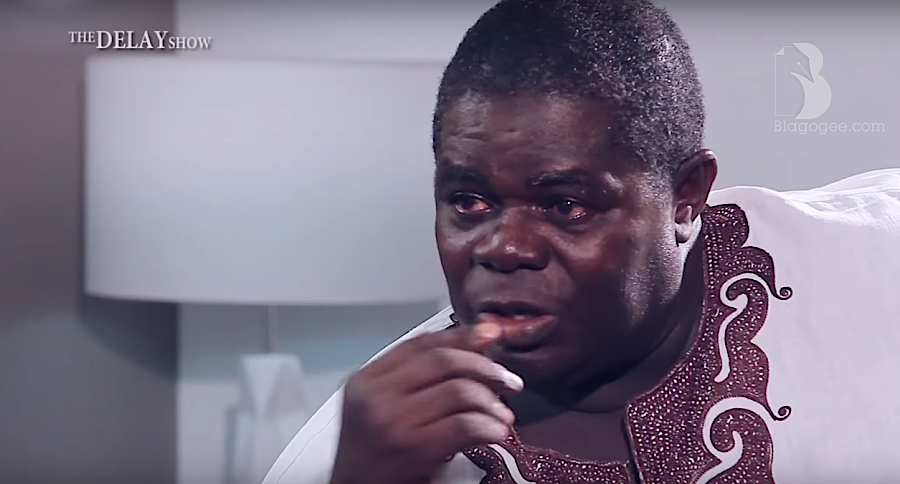 Veteran Ghanaian Actor, Psalm Adjetefio, has opened up about how his mistress maltreated his children when he brought them to stay with him in Cape Coast.
Popularly referred to as “TT” by lovers of TV programme, “Taxi Driver”, Mr. Adjetefio recounted how he left his wife and children to follow his mistress to Cape Coast.

With a tear-streaked face, the actor revealed how lady maltreated his children, especially his daughter.

According to him, his daughter was sexually abused by the woman who allegedly inserted the heel of her shoe into the girl’s private part.

However, his children never mentioned it to him, he added.

“It is one big mistake I have made in my life; to forsake my own children. I hope to God they have forgiven me.

“I was very hurt that I forsook my children because I suffered before getting these children.

“Today that I am ill [and] these same children are the ones taking care of me,” Psalm Adjetefio said.

Ojobi Rock Will Not Be Moved To Accra! - Tourism Minister assures

ARE YOU SURE? Grammys Over-rated – Hammer

IMPOSSIBLE? No Ghanaian Artist Can Make A Fortune Solely From Music-E.L

WILL BE HISTORICAL! Stonebwoy Welcomes Morgan Heritage, Confirming His Presence At The Bhim Concert