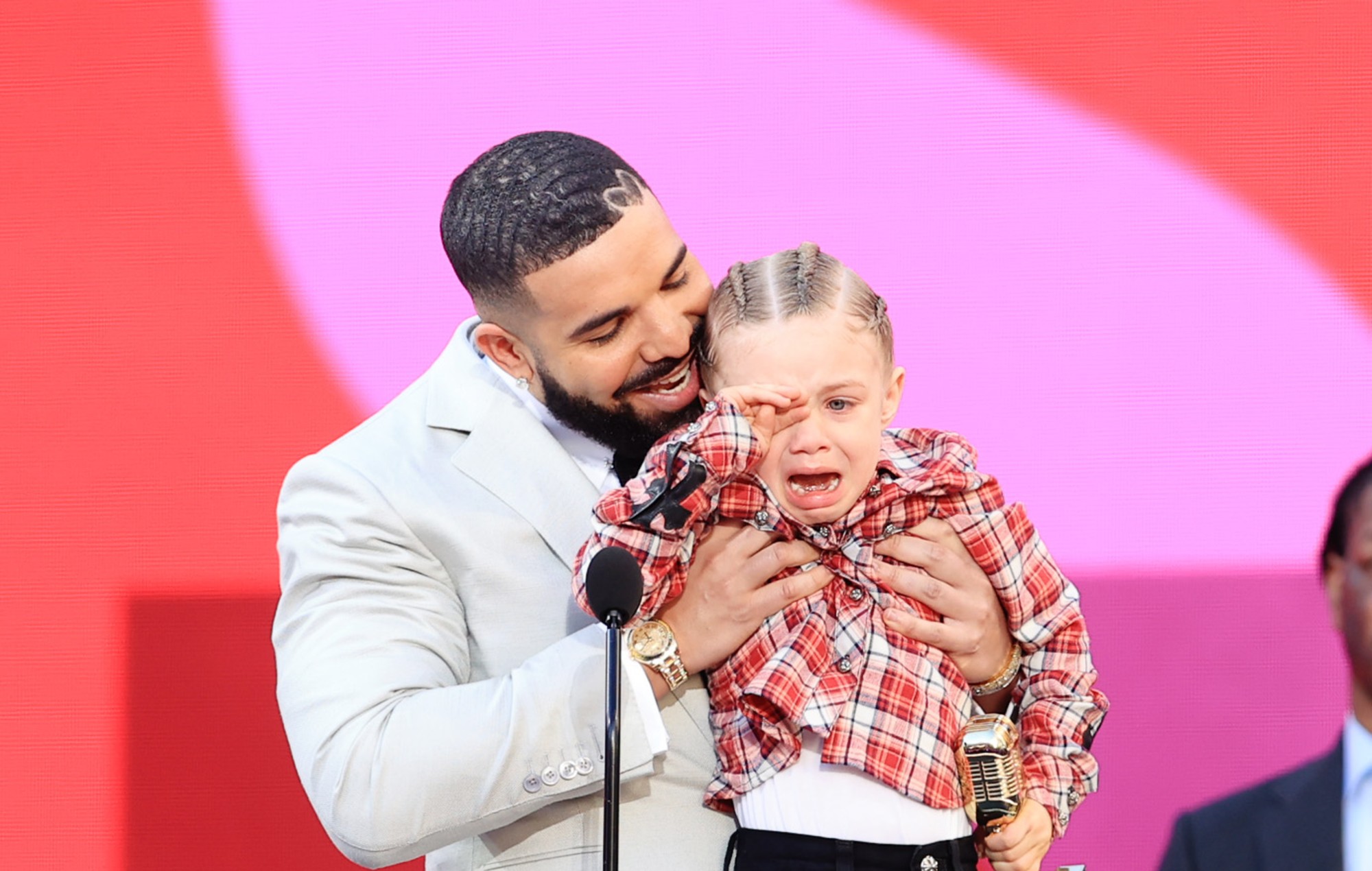 Drake’s 3-year-old son Adonis was the star of the show Sunday night as his dad accepted his Artist of the Decade award at the Billboard Music Awards.

Adonis accompanied his dad onstage to accept the accolade, awarded for the rapper’s dominance on Billboard Hot 100 charts and Billboard 200 album tallies during the 2010s, as well as social media data and touring revenue from Billboard Boxscore.

With a crowd-shy Adonis clinging to his leg and the trophy, Drake spoke about his insecurities about his music throughout his career and how it pushed him to keep making more.

“To my beautiful family,” he continued, just as the screaming fans apparently became too much for Adonis, who had burst into tears. “And to you. I want to dedicate this award to you,” Drake concluded, laughing.

BUT WHY? Re-opening of Cinemas Still Under Consideration?

WHICH IS MORE IMPORTANT? ‘Creative Arts Would Be Competing With Sports’ – Zylofon Boss

IN GOD’S APPOINTED TIME! Not Winning Female Vocalist Is Not My Fault- Nana Yaa

NOT BYFORCE! I’m Not Ready To Produce An Album – Kofi Kinaata