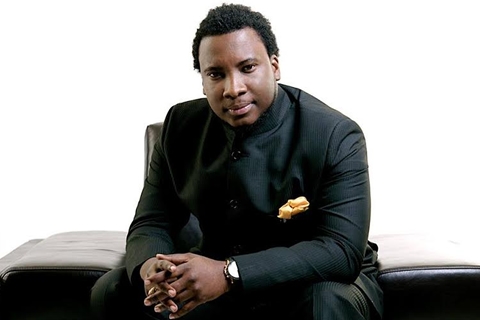 UK-based Ghanaian gospel artiste, Sonnie Badu, is on the verge of having his song, ‘Wonder God’ being scrapped from the Vodafone Ghana Music Awards.

Sonnie Badu’s song ‘Wonder God’ was nominated for ‘Gospel Song of the Year’, and ‘Best Male Vocalist of the Year’ for Sonny’s vocal delivery on the song. Investigations reveal that the song was officially released online on 6th November 2012 and the video of the song was subsequently uploaded on YouTube on 11th October 2012.

The official dates under review for the Vodafone Ghana Music Awards is 1st January 2013 to 31st December 2013 – which means, ‘Wonder God’ does not qualify. The VGMA Board is expected to meet and deliberate on this evidence and is supposed to act on it as soon as possible.

In other bizarre news, Sonnie, who is said to have cast a slur on Ghanaian gospel music and its purveyors a couple of years ago; is being accused of maligning the importance of the VGMAs in connection with the local-based gospel artistes.

After attaining six nominations, including one in the topmost ‘Artiste of the Year’ category, Sonnie has been accused of vilifying Ghanaian gospel artistes and their involvement in the VGMAs in a recently-granted interview on Rainbow 87.5FM.

Sonnie Badu was said to have stated some weeks ago on the ‘Gh. Entertainment’ Show that the Ghana Music Awards is only meant for local artistes and since he’s an international artiste, he does not see himself as being part of the Awards.

When Sonnie Badu was contacted, he rebutted such claims being attributed to him. “I would not like to be misquoted again. It was a phone conversation on Rainbow Radio where the host asked me why I have not got any nominations thus far in the VGMAs, and I jokingly responded that , maybe, my not being nominated was due to the fact that I don’t reside in Ghana. It’s a joke I shared,” he explained.

Commenting on the news of his first-time nominations, Sonnie said he was informed by his manager and deemed it a great honour to be part of the Awards. “It’s always a great feeling when your works are recognized anywhere in the world, so all glory goes to God,” he articulated.

Sonnie Badu becomes only the third gospel artiste in 14 years to make an appearance in the category for the topmost prize of the Awards after the likes of Kwaku Gyasi and No Tribe made appearances but failed to win. “Being the only gospel artiste in the ‘Artiste of the Year’ category is such a great honour. It feels like I am representing my fellow brothers and sisters so it’s Team Gospel against the rest and once again, glory goes to God.”

Sonnie said that, even in the said interview, he tipped fellow gospel artiste Cwesi Oteng to annex some awards this year. “I am a big fan of Cwesi Oteng’s songwriting ability and his musical skills, plus he is a great friend so when the host asked who I wanted to win, I mentioned Cwesi Oteng,” he elucidated.

Will Majid Michel Dump His Wife For Genevieve?

I Did Run MUSIGA With My Own Money – Sidiku Buari

Best Of Both Worlds: Lumba & Amakye Dede To Tour

NEW BANGER! Nacee Out With New Single, ‘Bo No Ose’