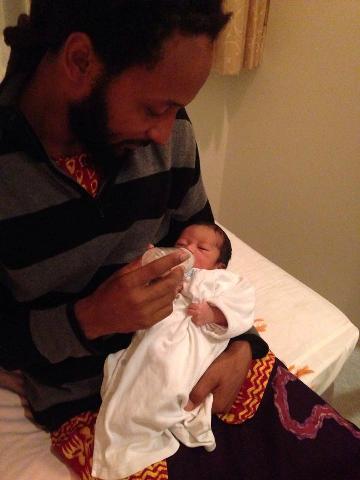 Eccentric Ghanaian artiste, WanLov Da Kubolor, one-half of the group FOKN Bois, has rebutted claims that the unconventional names he has given to his kids will have negative effect on their lives.

Wanlov recently welcomed his fifth child with yet another woman and named the kid, Kojolescu Alata Mori.  He took to his Facebook page to explain the Reasoning behind the naming:  “We have named my 5th born child Kojolescu Alata Mori … 1st name is a Ghana/Romania hybrid, 2nd name is to honor his Japanese grandfather + persecuted innocent gay Nigerians and last name is Yaa Ninja’s last name … Domo Arigato.”

The other four kids who are aged 7, 4, 2 and 2 are called Abonsamposuro, Mali Wasty, Ama Manpi and Tivi Lili. The kids were born by women of different nationalities – an American, a British, a Ghanaian, a Dane and Japanese.

“If there will be any effect with regards to the naming of my kids, it will be positive. Their names will have no negative effects on their lives,” he told Jay Folley on YFM.

On marriage, the rapper has made it clear that that he does not believe in man-made institutions such as marriage.

Apart from the music, Wanlov has made headlines predominantly for his quirkiness and rants – the mortifying show of his manhood on TV, his underwear-wearing antic in a supermarket and the release of his naked picture together with his partner, Mensa, have all made the musician infamous.

10 Artistes Struggling For The Next Hit Song