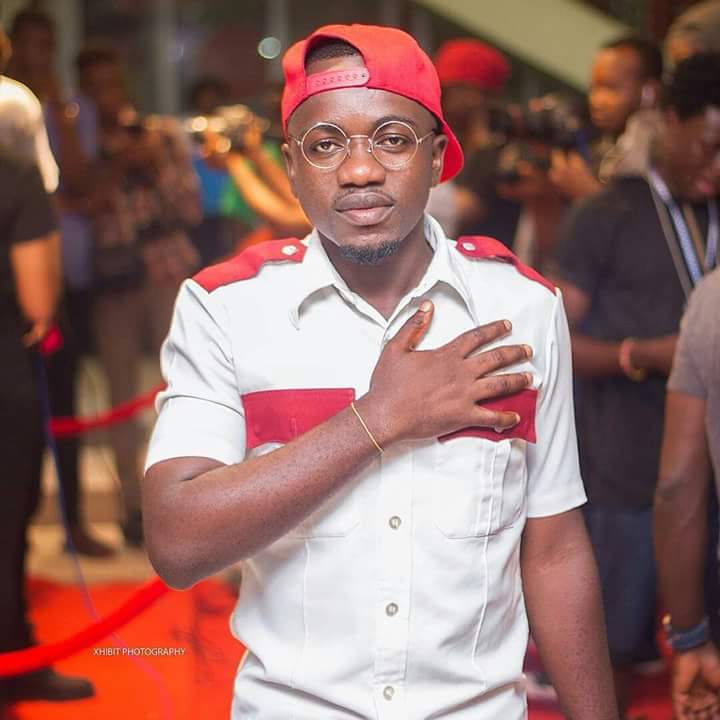 Comedy in Ghana has been on a revival spree as it was termed ‘dead’ a few years back with many young talents taking to social media to showcase their talents as to back in the days when they had only drama concert platforms to show the world what they had.
One popular Ghanaian act who has redefined comedy through social media in his own way has been nominated for one of the biggest annual Pan-African award schemes in Africa. Nathaniel Mensah who is popularly known as Ajeezay ‘The Nonfaking’ has made history as the first Ghanaian comedy act to be nominated for  ‘best comedy skit’ in the African Movie Academy Awards in Lagos Nigeria on the 20th of May, 2017.
The scheme was put in place to award people in the creative industry for their excellence in movie, music, etc.  Ajeezay has been placed in the same category with other budding comedians from Nigeria and he is very optimistic that he will emerge the victor of the day. In an interview with GeorgeBritton.com, the comedian was full of praise to God, his management and  his fans who helped push him to recognition and finally to the organizers of the award for realizing his talent and nominating him.
The voting process for this category has been placed into two stages. The first stage is where the nominee is given the opportunity to select the best of their favorite clip. The nominee lobbies for votes from their fans / followers in no particular order (just be creative – no rules at this stage) by using their social media platforms to encourage their fans to watch their clips and VOTE their FAVORITE.
The Terms & Conditions are that the Organizing Committee / College of Screeners / Jury will not interfere at this stage. The aim is for their fans to decide which among the 3 clips is their favorite. Voting is an open / transparent process as the public will have full access to the vote counts to decide the winning clip. Voting starts on Tuesday 1st of February, 2017 and closes at 12.00 Midnight on Friday 3rd of March, 2017
Stage two is the People’s Choice Award Stage for the BEST COMEDY SKIT. This is a more technical process where all parties are involved. It is an interactive SMS and Social Media voting based campaign that will excite and engage fans across the African Continent. It is an integral part of the AMAA program and directly benefits from AMAA’s Media and Publicity drive. There will be guidelines / rules (which will be communicated to all nominees in due course). At this level all AMAA Media Channels for this Stage. The winner will be announced and awarded on the AMAA 2017 Stage.
Ajeezay is urging his fans to follow the link http://naijaatm.com/pca-links to vote for their favorite video. The following skits made it to the competition.
Video 1: Swimming pool
Video 2: the interview
Video 3: the interview part 2
Kindly follow the link and locate “Ajeezaygh”. Share and let’s win this Ghana.
Ajeezay who doubles as a musician will also release his cover of Runtown’s ‘mad over you’ on 14th February, 2017.
Source: georgebritton.com
https://www.youtube.com/watch?v=TviAy7Y84kQ
Tags: Featured
Preview post

REALLY, BOSS? Kwaw Kese Says He's Not Interested In The VGMAs: He Didn't Even Bother To Submit

GRAND! 1st International Bridal and Fashion Fair To Be Held In Ghana