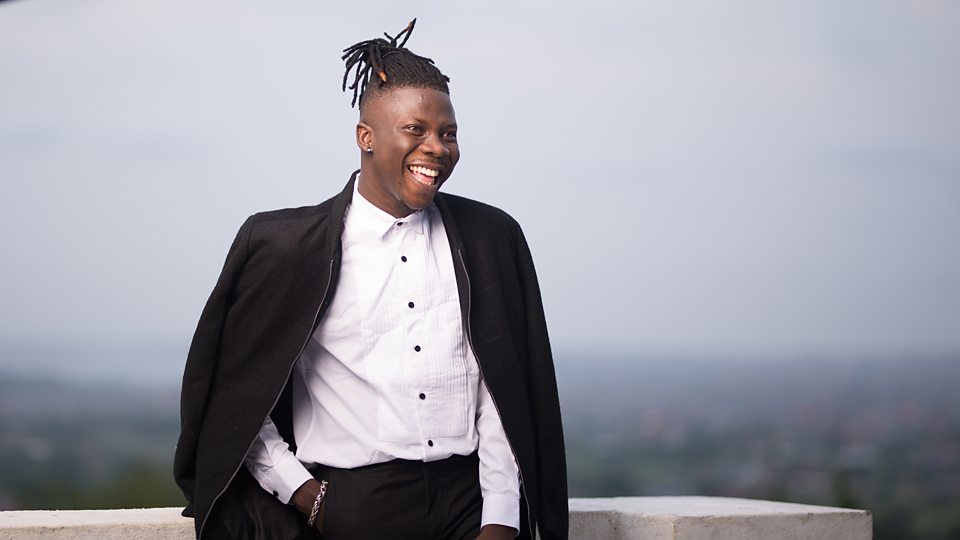 BEING in a state of excitement can make one do and say all manner of things; some meaningful and some just outrageous – and that is exactly what was witnessed at the 10th 4Syte Music Video Awards held over the weekend.

Stonebwoy, one of many recipients of various awards on the night, in his acceptance speech for one of his awards made a contentious statement that, in all certainty, got some persons in the auditorium of the Kempinski hotel scratching their heads.

That was such a bold statement coming from an artiste who has not shied away from speaking his mind on matters to do with his brand, the industry and of course, his family.

Stonebwoy is one of the most articulate, outspoken and intelligent artistes we have in Ghana. However, over the years, I have observed him make some slack pronouncements and his statement at the weekend was both cogent and loose.

Sometimes, one wonders if these artistes think critically before expressing their thoughts and feelings. You wonder if they assess the kind of reaction or responses some of their statements would elicit or they just plainly don’t care. 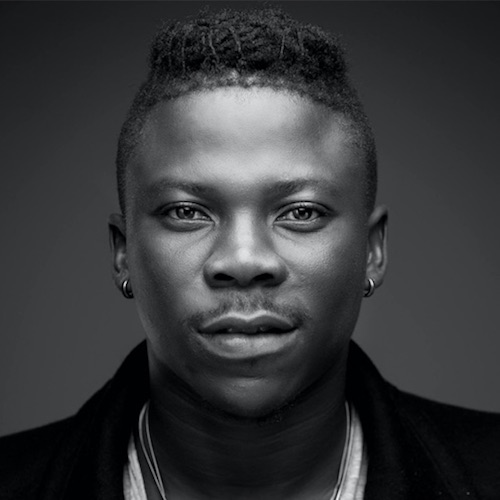 It is also worth wondering if such proclamations are meant to attract headlines and attention. If so, then why not?

The element of attention-seeking is never a felony in show business but these artistes should also learn not to rise up in arms against anybody who scrutinizes and analyses their actions.

They are national assets?

“The world is taking notice of Ghana’s economic strides. Earlier, in January, the World Bank stated that Ghana’s economy would probably grow by 8.3 per cent this year, which would make it the fastest growing economy in the world. 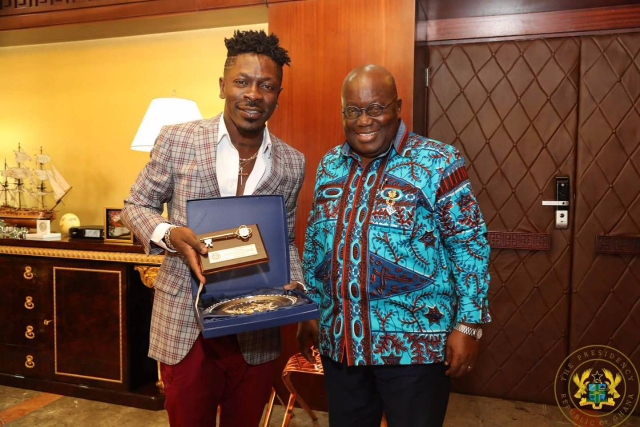 “Last week, Bloomberg described Ghana’s Stock Exchange as the best-performing Stock Exchange in the world for January 2018. The report illustrated how the Ghana Stock Exchange Composite Index has gained 19 per cent since the start of the year, in Dollar terms, ahead of the Nigerian, Chinese and Brazilian Stock Markets. Ken Ofori-Atta, the Finance Minister, is proving to be a national asset,” he said.

The President paid such glowing tribute to his Minister based on the positive news Ghana’s economy was generating in the international media – regardless of how the ordinary Ghanaian is feeling it in his/her pockets.

Stonebwoy, Shatta Wale and Sarkodie, in the last couple of years, have been able to project Ghana positively on the international front through international awards, collaborations, performances, deals etc.

Unlike the finance minister, the entertainers do not have any empirical evidence to depict the level of economic relief they have brought to the nation.

However, what is most likely to happen is that the ordinary Ghanaian who still doesn’t feel Mr. Ofori-Atta’s exploits in his pocket, will arguably still get some relief by jamming to a Stonebwoy, Shatta Wale or Sarkodie song.

This quotation from Stonebwoy, albeit cocky, makes sense – especially if one wants to consider him and his peers as national assets. National assets are very valuable and must be protected, surely.

However, the little confusion with the protection is with its sort. What kind of protection was he talking about? The protection which requires the deployment of bodyguards to oversee the security of these artistes and their homes? Or the protection where Ghanaians, especially the media, would make such a conscious or calculated effort not to indulge in any action that projects or puts these entertainers in a bad light? 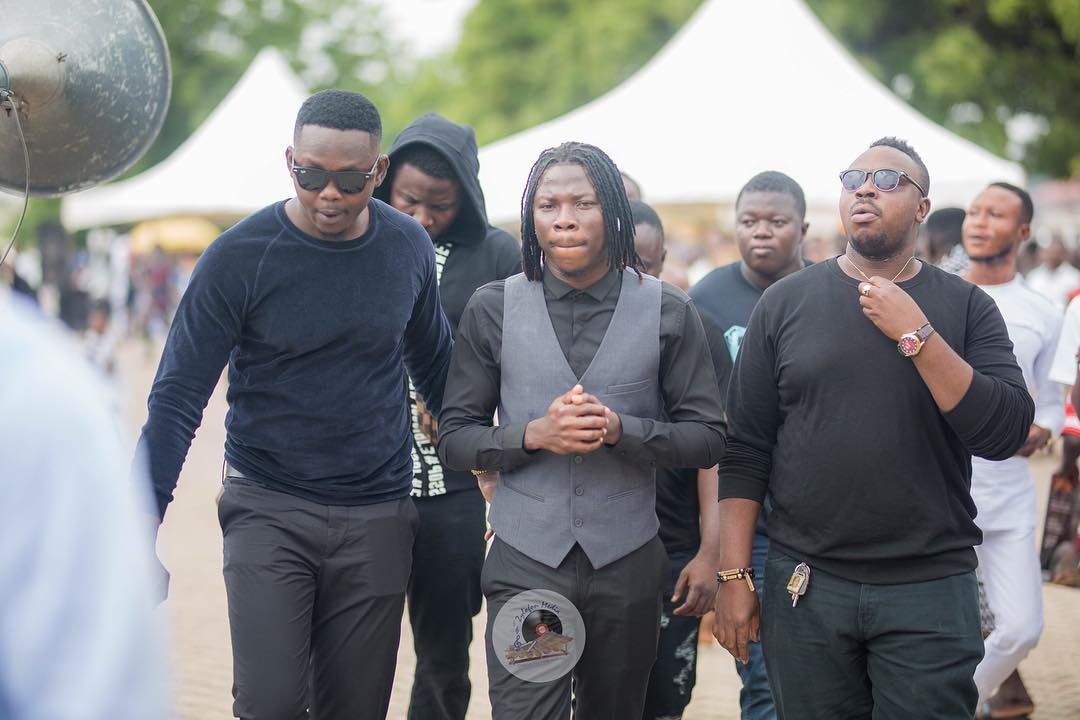 That kind of protection would also mean shielding these guys even when they mess up, whether in their private lives or in business. It also means we should argue, protest and fight off others who would want to cast aspersions on their reputation.

Perhaps, Stonebwoy wants the full package – physical protection and the element of protectionism from the industry and its followers.

I am at pains trying to make sense of the comment that it would take 40 years for Ghana to find another Stonebwoy, Sarkodie and Shatta Wale in the music industry.

This is as laughable as it is irksome and provocative. Clearly, the statement emanates from a place of ignorance, a place that also lacks appreciation and respect.

Stonebwoy is telling us that Ghana is so bankrupt in talent, to the extent that, it will take us four decades (10 years, multiplied by four) to get equally talented persons like  himself, Sarkodie and Shatta Wale.

Stonebwoy is telling us that, Ghana and the industry have not got whatever it takes to see raw talents, otherwise known as ‘underground’ artistes make steady progress in blossoming to become mainstream stars so it will take us 40 years to ensure such progression. 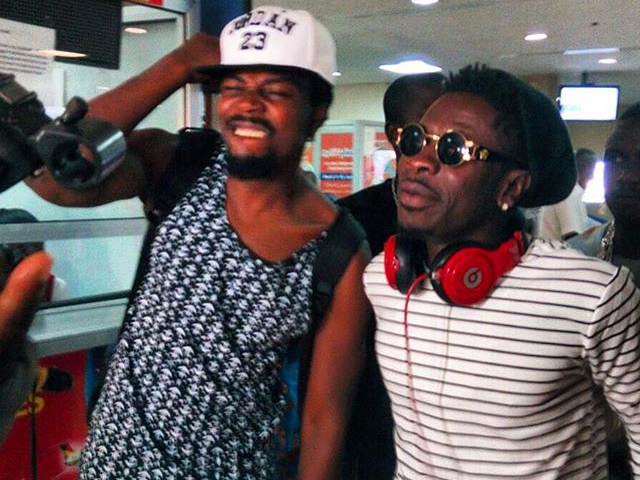 He is telling us that, it will take another 40 years for Ghana to find artistes that command nationwide appeal, can win domestic and international awards, perform on international platforms and commandeer lucrative endorsement deals.

It would be a travesty for anybody to state that, Stonebwoy, Sarkodie and Shatta Wale are not the best of what we have now – but to be audacious enough to claim that Ghana would have to wait for another 40 years is  – blasphemy!

Stonebwoy forgets quickly that we have virtually seen their likes before and it didn’t take us 40 years.  I will be disrespectful in not mentioning the era of the Lumbas, Amakye Dedes and Kojo Antwis. I dare not forget the exploits of Ebo Taylor. Perhaps, I should stick to examples Stonebwoy would readily recount. 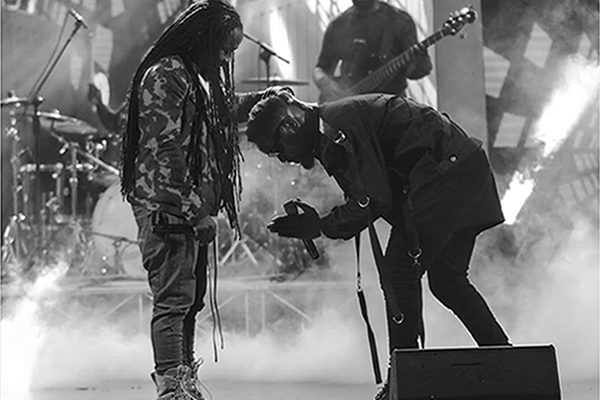 Obrafour, Lord Kenya, Samini, Kwaw Kese and others, at one point in their respective careers had nationwide appeal. Lord Kenya was the ‘baddest’ ever seen; he came, he saw and he conquered.  Before the resurgence of Shatta Wale, somebody was ‘King of the Streets’ and that is Kwaw Kese.

Samini was the honcho of endorsement deals in Ghana at one point in his illustrious career and he featured and annexed all the relevant international awards in his prime.

Guess what? It didn’t take us 40 years to find another Samini in Stonebwoy, who took it a notch higher; we didn’t wait for 40 years to find another Obrafour in Sarkodie, who took it a notch higher and obviously, we did not have to dawdle for four decades to experience another Kwaw Kese with controversies and quirkiness – we have had a higher dosage in Shatta Wale.

The reality is; we are surely going to have another Stonebwoy, Shatta Wale and Sarkodie in Ghana, who would elevate the craft and business better than they are doing today and it will not take us another 40 years!

GOOD CALL BUT…! Roverman’s Andrew Tee Adote For Best Actor Of The Year?

TRUTH! Not A Good Night for DKB, But Others ‘Shine’ @ Easter Comedy Show

NO SHUT DOWN! Closing Down The National Theater Not the Best Solution

Flush Them Out: The Fake & Lazy Showbiz Journalists